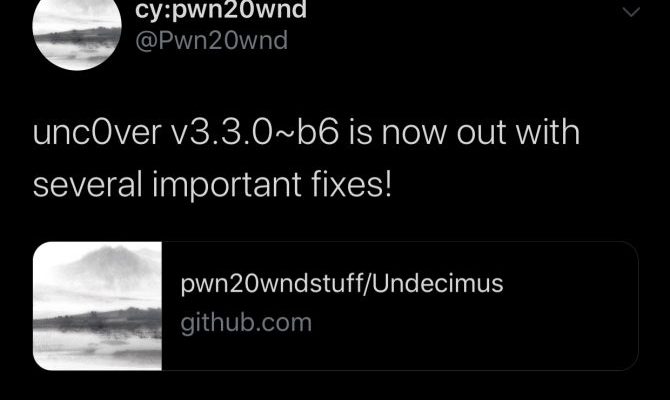 Pwn20wnd announced the latest update via Twitter within the past hour, linking to its source page on GitHub in the process:

– Make the reliability even better when using the Sock Puppet exploit
– Make jailbreaking with corrupted SystemVersion.plist possible (Requested by a Redditor)
– Fix a faulty kernel patch to prevent random reboots

It’s worth noting that unc0ver’s iOS 12.1.3-12.2 support only encompasses A9-A11 devices, but Pwn20wnd is currently investigating 4K device (A7-A8) support. If you’d like to move forward with the current build of unc0ver, then you download the latest version from Pwn20wnd’s official GitHub repository and follow our in-depth tutorial regarding how to do so.