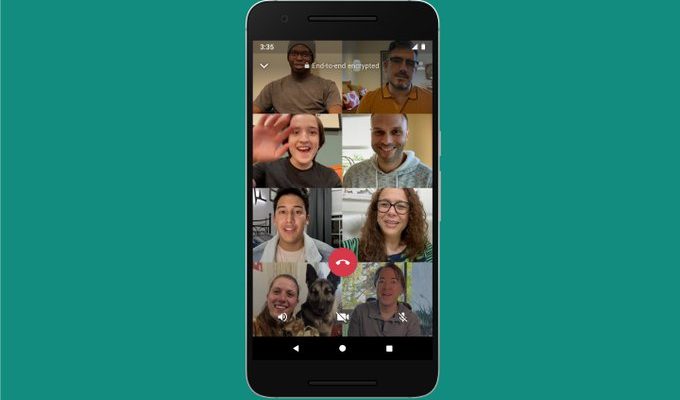 As Now its officially released by Facebook that they have updated the WhatsApp version 2.20.50  which now supports eight person Group video call, as WhatsApp only supported video calls between two people, so this will probably be a welcomed update for folks all across the globe at least where the new feature is supported, anyway

* Group video and voice calls now support up to 8 participants. All participants need to be on the latest version of WhatsApp.