Amir Liaquat Got Ban By PEMRA bans for 30 days : The Pakistan Electronic Media Regulatory Authority banned televangelist and Pakistan Tehreek-e-Insaf leader Amir Liaquat from appearing on television for the month of Ramazan, according to reports. 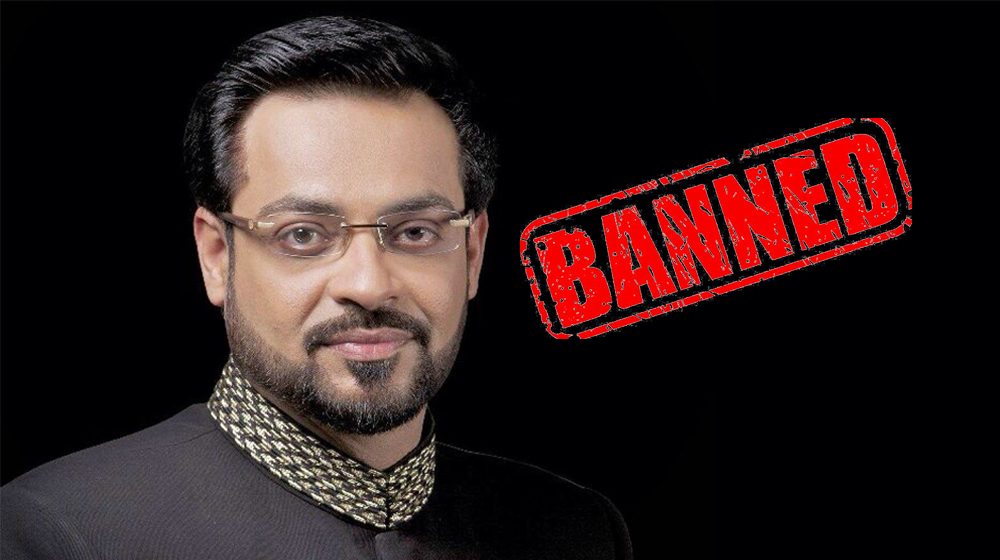 Why Aamir Liaquat Got Banned For 30 Days

Pakistan Electronic Media Regulatory Authority (Pemra) on Friday banned TV host and Pakistan Tehreek-i-Insaf member Dr Amir Liaquat from appearing on any TV channel in Pakistan for thirty days after ruling that he had violated several sections of Pemra Ordinance in a TV programme a day ago.

PEMRA issued a notice in this regard, and banned the PTI leader from appearing on any TV channel for a period of 30 days. According to officials, the TV host used religious pretexts merely for creating sensation and in order to achieve maximum rating.

The notification issued by the regulatory body also added that the controversial incident caused by Hussain had hurt the sentiments of the different people who watch the show.

Earlier, the Islamabad High Court (IHC) had barred controversial host and former politician Aamir Liaquat Hussain from appearing on TV for using Islam for his personal gain and spreading hatred.

Aamir has hosted different programmes on television including morning shows, game shows, talk shows, and special transmissions on religious occasions. Despite enjoying a large following, he has regularly courted controversy and accused people of treason and blasphemy.