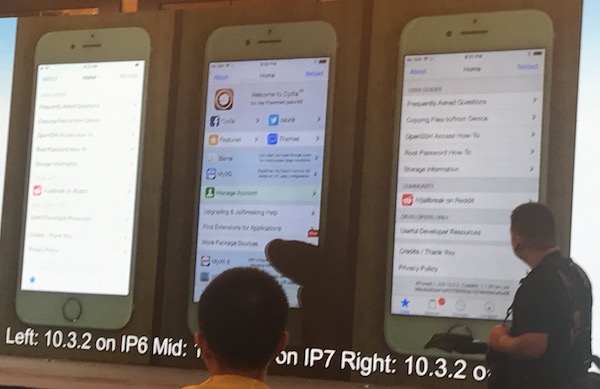 Tencent KeenLab is a new jailbreak team comprising Chinese security researchers and hackers. This is their first public iOS jailbreak demonstration ever.

Here’s what the organizer of MOSEC 2017 tweeted.

KeenLab demonstrated their 0-day exploits on the following devices –

Here we have a jailbroken iPhone 7 in the middle running iOS 11 beta 2 firmware. The jailbreak used by KeenLab Dev Team looks like a push-button tool. 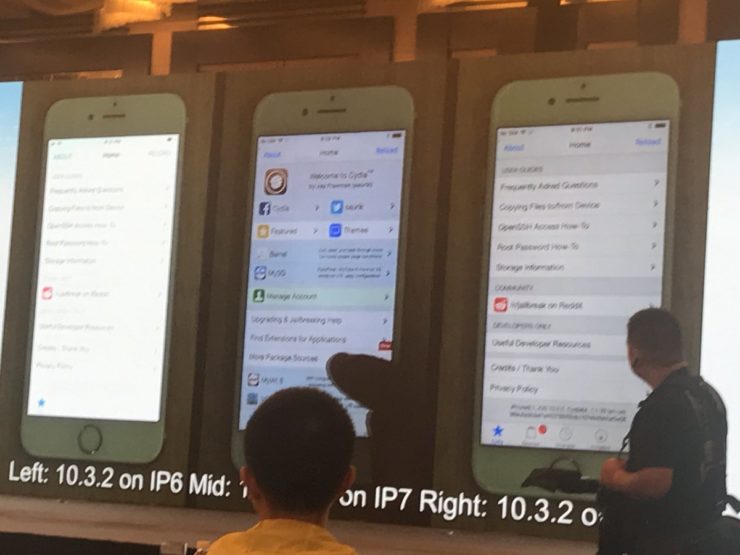 Before you get too excited, you should know this hack is just proof that iOS 11 security can be beaten. The iOS 11 jailbreak was demoed at the Mobile Security Conference (MOSEC) 2017 in China as a proof of concept, Redmond Pie explains.

If you are in a position to install Yalu for iOS 11 and you want to go ahead, you will find all the information you need, including a full tutorial at the links below:

This jailbreak solution is attributed to “Liang Chen of Tencent Keen Lab,” which doesn’t sound like any of the jailbreak groups that periodically release public jailbreaks. 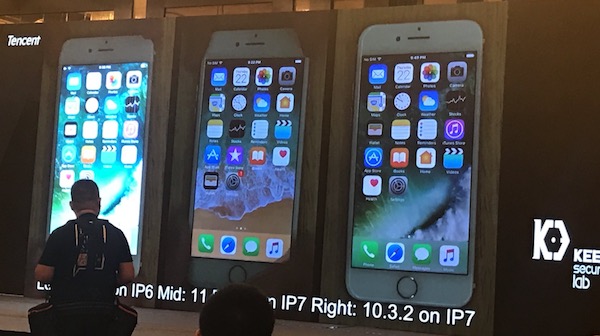 Even if those groups can also hack Apple’s latest iOS release, don’t expect them to release anything at least until September, when iOS 11 rolls out to all devices. Any sooner and Apple could patch the exploits used in the final version of the software.

Jailbreaking iOS might help developers sell apps that would otherwise be banned from the App Store, but jailbreaks also have negative consequences. Such hacks are highly prized by intelligence agencies and other parties, which could use them for malicious purposes. That explains why hacking iOS can be a very lucrative business, and why some hackers might be more interested in selling their tools to the highest bidder rather than making them available online. 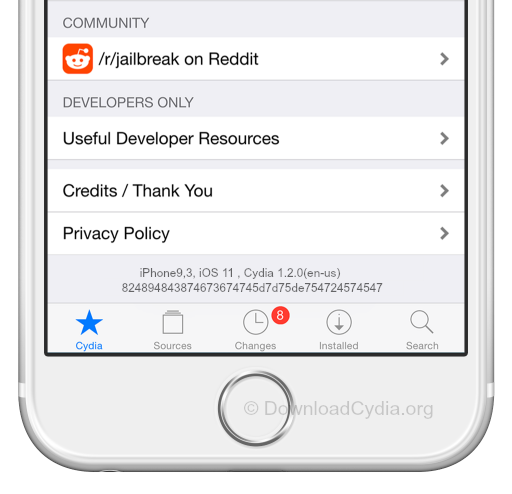 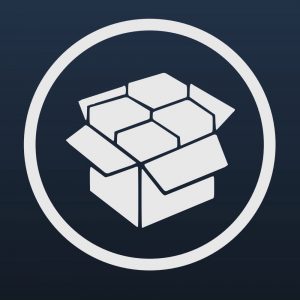 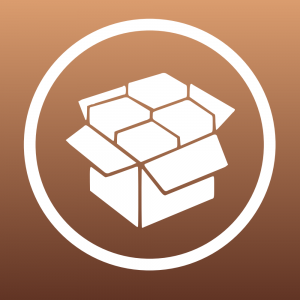