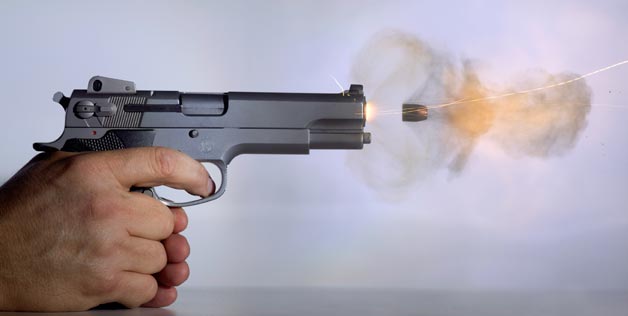 There have already been 12 school shootings in 2018, and that’s unacceptable By US

On February 14th, at least 17 people were killed in a Florida high school shooting. And sadly, it’s far from the only school shooting the United States has experienced this year.

The gun control advocacy group Everytown USA defines a school shooting as when a firearm discharges on school property. And based on these criteria, ABC reports that there have been 18 school shootings since January 1st.

In the latest and deadliest shooting of the year, at least 17 people have been reported dead from a shooting at Marjory Stoneman Douglas High School today, February 14th.

A gun was fired at The Metropolitan High School on February 8th. No one was injured.

A third-grader at the K-12 Harmony Learning Center pulled the trigger on a school liaison officer’s holstered gun on February 5th. Luckily, no one was hurt.

On January 31st, a 32-year-old man was killed outside Lincoln High Schoolafter a fight was reported.

Shots were fired at a basketball game at Dearborn High School on January 26th. There were no casualties.

At Murphy High School on January 25th, a 16-year-old student pointed a gun at members of administration before going outside and firing into the air.

On January 23rd, 17 students were injured and two were killed at Marshall County High School.

A 16-year-old boy shot a teenage girl at a high school on January 22nd. The victim survived.

A car shot at a group of students in the parking lot at NET Charter School on January 22nd, injuring one boy.