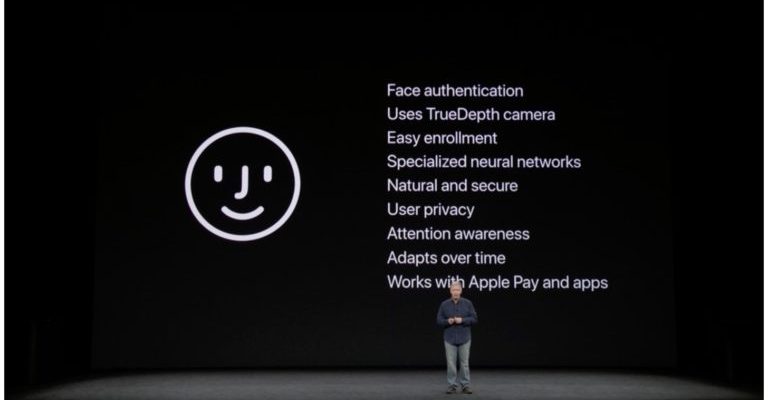 Source Apple :Our vision has always been to create an iPhone that is entirely screen. One so immersive the device itself disappears into the experience. And so intelligent it can respond to a tap, your voice, and even a glance. With iPhone X, that vision is now a reality. Say hello to the future.

What is Face ID?

Instead of one or more fingerprints, as with Touch ID, Face ID relies on the unique characteristics of your face. Apple is betting that its technology can meet six separate hurdles:

the hardware requirements for Face ID are only found in the upcoming iPhone X. All other new iPhone models and all existing ones will retain Touch ID. Apple might choose to retain Face ID as a premium differentiating feature, but based on the company’s previous patterns of high-end feature rollouts.

The TrueDepth camera is also the reason why the iPhone X won’t launch until early November, and why Apple has been dealing with production issues. A recent report from The Wall Street Journal identified manufacturing issues with the dot projector, calling it the main iPhone X component that’s keeping production behind.

What will I use Face ID for?

same things that you currently do on iPhone 6 & 7: Apple Pay, App Store and iTunes purchases, and third-party apps that currently rely on Touch ID. Apple says that third-party apps—as with Touch ID—will be able to allow a Face ID authentication, and iOS only informs the app whether or not the match was accurate.