After the Public Beta release last week, Apple has now released the iOS 12 Developer Beta 3 update for all iOS 12 supported devices. If you already have the iOS 12 Beta profile installed on your iPhone, head over to Settings » General » Software updates to download iOS 12 Beta 3 to your device. You can also download the IOS 12 Beta 3 offline download IPSW. 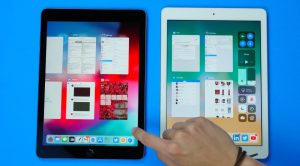 Note : One More Noticeable change is the new Emojis Live Emoji’s are added in the iOS 12 beta update for iPhone X