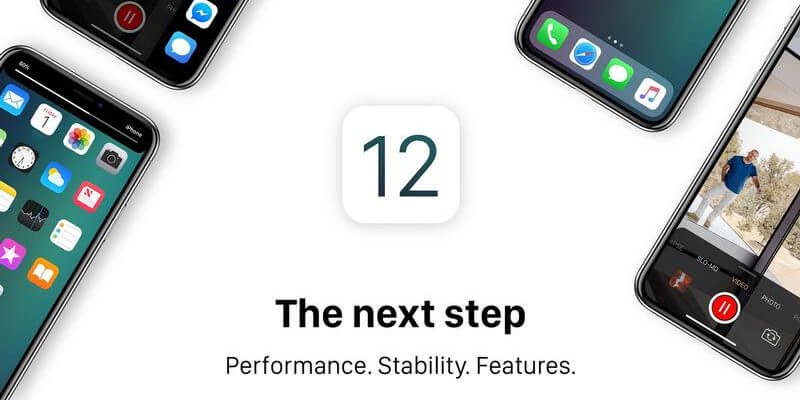 First and foremost, iOS 12, alongside the corresponding macOS 10.14 release, is expected to include support for cross-platform applications. Bloomberg first reported this, explaining that it would make it so developers could maintain one application across both iOS and macOS

Specifics here remain unclear, but making it so developers could build one app for both macOS and iOS would likely be a breath of fresh air for the Mac App Store, which it desperately needs.

A designer mockup of iOS 12 branding

This is similar to the strategy Apple took with the Snow Leopard release of Mac OS X, which was widely praised for improvements to performance, stability, and general attention to detail. A stability-focused iOS release comes as Apple has faced increased criticism for a growing number of software bugs seemingly due to a lack of attention to detail.

Reports have also indicated that Apple is testing a revamped iBooks application with a revamped application focused on curation, much like the App Store design introduced in iOS 11.

Starting out, the concept makes sure to address the fact that Apple is putting some features on hold to place more focus on stability and performance in iOS 12. But in the next breath, it presents the idea that all new features haven’t been abandoned.

Starting out with the Home screen, this concept imagines how clean iOS 12 would be without app names. As the for Lock screen, users would be able to swipe down from the notch for weather and more.

Speaking of the Lock screen, the concept addresses a popular request to remove the swipe up requirement to unlock iPhone X and go to the Home screen. It also adds the option for users to lock specific apps.

Another common request is for a better way to manage volume control on iOS. This concept introduces Sound Bar as “a better way to change the volume”. There’s not a whole lot of detail to this except an interface that looks like it could be activated from the left or right ear of the display.

One of the few frustrations with Face ID is the fact that it doesn’t support more than one user, unlike Touch ID. A new Guest Mode solves this problem and would be handy for everyday use as well as in emergency situations.

This is a sharp idea on where Apple could move from the current multitasker. It looks to use 3D Touch and swiping gestures to invoke the switcher and is reminiscent of the UI when selecting a second app on iPad when using Split View.

The concept addresses a whole lot of other user requests as well. While it’s fun to see them beautifully imagined, it’s highly unlikely we’ll see anywhere near this amount of new features with iOS 12. Especially considering the recent rumor that Apple will be focusing on performance enhancements and stability in iOS 12.

But in any case, the concept shows off: an updated FaceTime with a dark theme and support for group calls, a new Split-View coming to iPhone, updates to Safari with pinned tabs (or fast links as it calls them), multiple timers, a system-wide dark mode, a major camera app update, a notifications refresh, new customization for notification dots, and more.

if you are reading this then you know that apple ios 12 is About to Be released for iphone , iPad and any ios devices Now the Question is how you can download ios 12 for your iPhone, you have to get the ios 12 profile if you want ios 12 in advanced rather then waiting

Be sure to check out the full concept from iOS News And More on Behance.