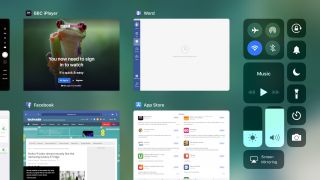 Apple’s next Worldwide Developers Conference is likely to be in June again this year. At the event, Apple typically previews its new iOS 12 Update and gives developers and beta testers a hands-on before its official public release in the autumn. iOS 12 Update is expected to follow the same process this year–but it might not be as big an update as Apple originally planned. According to a report from Bloomberg Apple has decided to delay some of the major features intended to be in iOS 12 to instead launch with iOS 13 next year. Among these delayed features is a new home screen grid layout. Apple is making the change because it wants to focus more on ironing out the bugs in iOS to give users the most stable iOS ever. But fret not, those of you who love new features. The same report says Apple is still on track to deliver some completely new features with iOS 12. Here’s what you can expect.

iOS 12 Update Without a doubt, the biggest new feature of iOS 12 will be cross-platform app compatibility between iOS and Mac devices. Yeah, this is HUGE. Apple is rumored to be releasing tools that allow developers to develop apps that work with both touchscreens and mice. These cross-platform apps could then be installed on iOS devices and Macs. This change will be one of the most monumental in Apple’s history, potentially greatly expanding the number of Mac apps that are available. Apple is also rumored to be bringing some of its in-house app, like Home, to the Mac in this new cross-platform ecosystem. Let’s hope they bring the News app over as well.

The iPhone X introduced Animoji–the animated emoji that moves as your face moves. It’s been a big hit with users, but so far has been limited to sending 10-second clips as an iMessage. iOS 12 will reportedly expand Animojis by not only introducing new ones, but by allowing users to use Animoji in FaceTime calls. This would presumably mean someone could FaceTime call you and you would see an Animoji representing them instead of their actual face.

Normally parental controls aren’t something to get excited about for most users. However, iOS 12 will see what is undoubtedly a cool new parental control: the ability for parents to track the time their children have spent on their iOS devices with a new Digital Health tool. This tool is an excellent solution for parents out there who are worried their children are spending too much time staring at screens–something health experts are increasingly concerned about.

Siri is also set to get some improvements in iOS 12. Apple’s digital assistant is rumored to get tighter integration into the Photos app. Presumably, this means you’ll be able to ask Siri to show you certain photos–for example, from a certain date or event, or with certain objects in them, like your dog.

There are other rumored changes coming in iOS 12 Update as well. The Stocks app is rumored to get a redesign. Do Not Disturb is rumored to see improvements that give users more options over notifications and calls. And finally, iOS 12 is said to support multi-user augmented reality games.