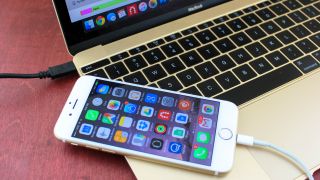 There may be fewer iOS 12 features and more bug fixes

The iOS 12 release date in 2018 shouldn’t surprise you by now – Apple always launches its big iPhone and iPad update at the same time every year.

Its new software features, however, are always filled with some unexpected and exciting news. We fully expect groundbreaking ideas, but also a healthy dose iOS 11 fixes given our many, many ongoing iOS 11 problems.

Here’s our list of what we expect from iOS 12, given leaks and rumors about the next big mobile operating system update for the iPhone and iPad.

Cut to the chase

The iOS 12 release date isn’t a lock, but we fully expect to see the changes debut at Apple’s WWDC 2018 keynote in early June. That’s less than four months away.

Apple typically announces its new iOS update during this developers conference and also issues the first developer beta within the next week. A public beta has also launched in June for every non-developer willing to test it out.

Apple needs these betas more than ever for iOS 12, as it’s been plagued with so many iOS 11 problems. The company is unlikely to stop issuing the unfinished software since it values this feedback from so many users.

The actual iOS 12 release date for everyone else is expected to be in September, right as the iPhone 9 and maybe the iPhone X2 launch. We don’t yet know the names of Apple’s next phones, but rumors point to a cheaper version of the iPhone X with an LCD screen and an iterative update by the way of the X2.

iOS 12 to focus on reliability over big changes

“iOS 12 just works,” may be Apple’s big message about its next iPhone update, as it’s reportedly focusing on reliability and shelving many exciting features.

There have been so many glitches and bugs with the current mobile operating system that the team said to be working on the software allegedly got a directive to drop refreshes to the Camera, Mail, and Photos app to work on stabilization. We may also miss out on a planned home screen redesigned.

This is both good and bad news if you were looking forward to iOS 12. There may be fewer front-facing features, but your iPhone may reset less. It’s hard to argue with that.

iOS 12 apps and macOS together at last

One of the biggest new iOS 12 features may actually be for you computer: Apple may bring first and third-party iOS apps to your Mac computer. Why can’t you control your smart home with the Home app via that all-powerful iMac Pro? It’s a ridiculous notion.

Apple is rumored to be allowing developers to expand their app ecosystem to the forthcoming macOS 10.14 update. Apple’s own apps, like Home, are also said to be finally making the jump, according to Bloomberg.

Whether you demanded it or vehemently opposed it, Apple is due to bring more Animojis to iOS 12 for use with the iPhone X Face ID camera. The navigation of these character masks should get easier too, according to Bloomberg.

Apple’s Animoji character may make two jumps. First, the natural jump to FaceTime for video chats behind a virtual panda, robot and poop mask. Second to what may be a new iPad Pro 2018 with a Face ID camera. We’ve seen some evidence of an updated iPad recently, so that makes sense.

Here are more features we wish were coming to iOS 12…

What we want to see

While nothing is known about iOS 12 yet we have a clear idea of some of the things we want to see, such as the following.

Control Center has been improved for iOS 11, but one thing we’re not such fans of is the fact that you can’t actually turn off Wi-Fi or Bluetooth from it.

Tap either toggle and your device will disconnect from Wi-Fi networks and Bluetooth accessories, but won’t actually turn off their radios.

There are good reasons for this, as it ensures accessories like the Apple Pencil and Apple Watch 3 will continue to work, as well as features such as AirDrop and AirPlay, but there are also plenty of reasons you might want to fully disable them.

Currently to do that you have to head to the main Settings screen, so in iOS 12 we’d like there to at least be an option to have proper ‘off’ toggles in Control Center – perhaps with a harder 3D Touch?

The App Store has been overhauled as part of iOS 11, and for the most part it’s for the better, but one feature has been killed off in the process, namely wish lists.

Previously, if you saw an app or game you liked the look of but didn’t want to buy it then and there (perhaps because the price was high or you were using cellular data) you could add it to your wish list so you wouldn’t forget about it.

You can’t do that anymore, and nor can you see your old wish list, so good luck remembering anything you’ve added. It was a handy feature and we’d like to see it – along with everything we added to it – returned in iOS 12.

3. Camera controls in the camera app

People often talk about how intuitive iOS is, and for the most part they’re right, but there are some aspects which really aren’t – namely the camera controls, or rather their location.

If you’ve not used iOS before you’d expect to find them in the camera app, but some, including video resolution, file formats and whether or not to show a grid, are instead on a sub menu of the main Settings screen, meaning you have to actually leave the camera app and make several additional taps to change them.

It also means that some users may not even know they exist, especially since some controls are housed in the app, so you might reasonably assume that they all are. We really want to see this changed for iOS 12.

4. A movable back button

When moving around apps in iOS you’ll often want to go back to a previous screen, and as there’s no hardware back button you instead have to tap a tiny option in the top left corner of the display.

This isn’t ideal if you’re right handed, as it can be a bit of a stretch when using a larger device such as an iPhone 8 Plus, so we’d like to see its position become customizable in iOS 12.

Files promised to be a file explorer and manager for iOS, bringing it closer to a desktop experience, or at least to Android levels of control. But in reality, the first time you open Files you probably won’t see much of anything.

You can connect cloud drives to it, but anything locally stored won’t be visible unless you manually save it to Files. It makes the app a bit confusing and clunky and means you never have a true view of your system’s files and folders.

For iOS 12 we’d like to see it turned into a proper file manager.

With iOS 11 Apple has let you pick what you see in Control Center, but its selection isn’t comprehensive.

We’d love the power to add any setting or app shortcut we want, and also to remove the likes of music controls and screen mirroring, which currently you can’t.

Password managers are a fast, secure way to log into your various apps and accounts. Or, they’re secure anyway, and on most devices they’re fast, but not always on iOS.

That’s because for a password manager to autofill the login fields of an app, the app’s developer has to have manually enabled it, which few have.

Apple has somewhat improved things by adding a ‘Password Autofill For Apps’ feature to iOS 11, which does exactly what the name suggests, but only for passwords you’ve stored with Apple.

Apps still can’t tap into your favorite password manager automatically, so the first time you log in to them you’ll have to either type out your username and password manually or copy and paste.

On a computer or Android phone the password manager experience is seamless. On iOS it’s anything but, so we want this fixed for iOS 12.