During today’s event legendary “one more thing…” section, Apple announced the new iPhone X (pronounced As iPhone 10). As the majority of the rumors, the handset features an OLED edge-to-edge to display and several other advanced features.

The Super Retina Display, as Apple calls it, is a 5.8-inch OLED panel with a resolution of 2436 x 1125 and 458ppi. It supports Dolby Vision and HDR10 tech for better colors, has a one million-to-one contrast ratio, 3D Touch of course, and supports Apple’s True Tone color.

Because the display is edge-to-edge, there is no more Home button. Its tasks will be split up among a few features: Siri is now activated by the side button, going to the Home screen and exiting apps is now done through a slide gesture, and unlocking the phone is now done with Face ID.

As the rumors predicted, Face ID is used to unlock your phone via facial recognition. Using a host of new sensors, Face ID recognizes authorized users quickly for access to your phone, Apple Pay and other protected apps. It uses a TrueDepth camera and a neural engine inside the new A11 processor, and Apple says it adapts over time and works regardless of if the user is wearing a hat or glasses. 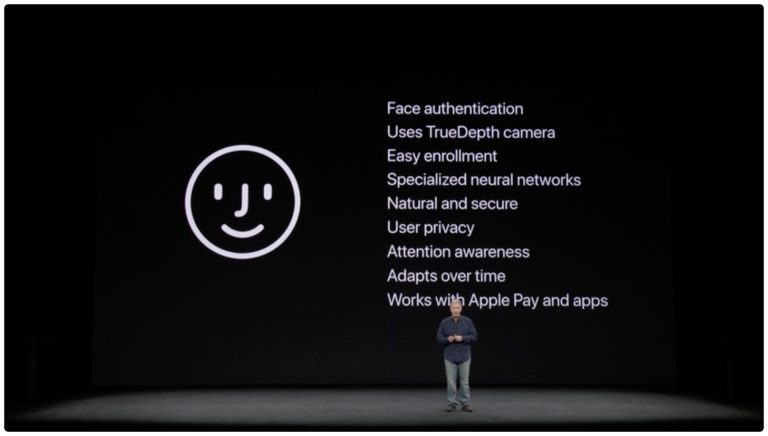 Face ID revolutionizes authentication on iPhone X, using a state-of-the-art TrueDepth camera system made up of a dot projector, infrared camera and flood illuminator, and is powered by A11 Bionic to accurately map and recognize a face. These advanced depth-sensing technologies work together to securely unlock iPhone, enable Apple Pay, gain access to secure apps and many more new features.
Face ID projects more than 30,000 invisible IR dots. The IR image and dot pattern are pushed through neural networks to create a mathematical model of your face and send the data to the secure enclave to confirm a match, while adapting to physical changes in appearance over time. All saved facial information is protected by the secure enclave to keep data extremely secure, while all of the processing is done on-device and not in the cloud to protect user privacy. Face ID only unlocks iPhone X when customers look at it and is designed to prevent spoofing by photos or masks.

The Apple iPhone X Has a new 7-megapixel TrueDepth camera that enables Face ID features wide color capture, auto image stabilization and precise exposure control, and brings Portrait mode to the front camera for stunning selfies with a depth-of-field effect. On the rear you have a new redesigned dual 12-megapixel rear camera system with dual optical image stabilization. The ƒ/1.8 aperture on the wide-angle camera joins an improved ƒ/2.4 aperture on the telephoto camera for better photos and videos. 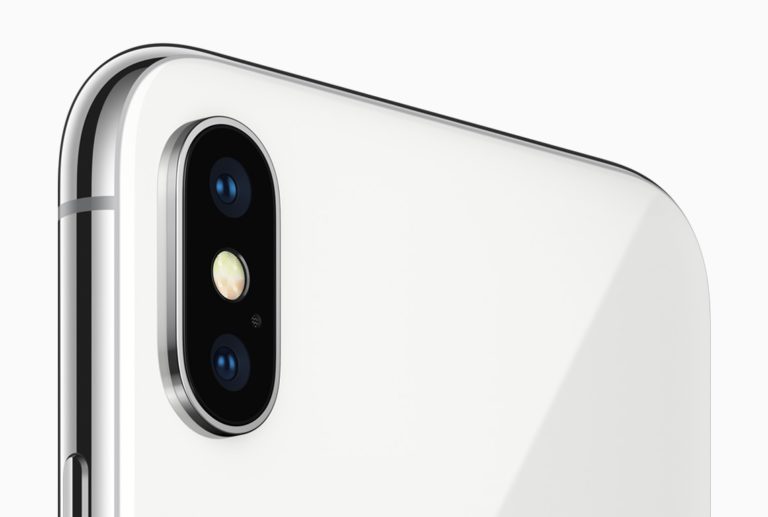 The iPhone X starts at $999 and comes in 64GB and 256GB flavors. Pre-orders will begin on October 27, with the phone actually launching on November 3.