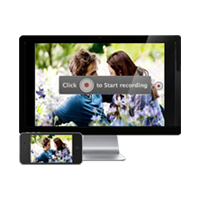 The Record Screen on Mac OS Catalina function is included with QuickTime Player in Mac OS X 10.14 – 10.15.4 and later. Here’s how to use it to capture a video of the Mac OS Catalina screen in action:

To stop recording, either press the Stop Recording button in the menubar, or hitA quick note for users of 10.5 or below: instead of paying for recording software, it’s often cheaper to just buy the Snow Leopard upgrade, or better yet, just jump ahead to Mountain Lion or OS X Sierra  if your Mac supports it. The newest versions of QuickTime Player include more Screen Recorder features making it worth it.

Once the recording is stopped, the capture is automatically opened in QuickTime Player as “Screen Recording.mov” which you can then save and use as you’d like To Record Screen on Mac OS Catalina

How To Use Video For Screen Recording