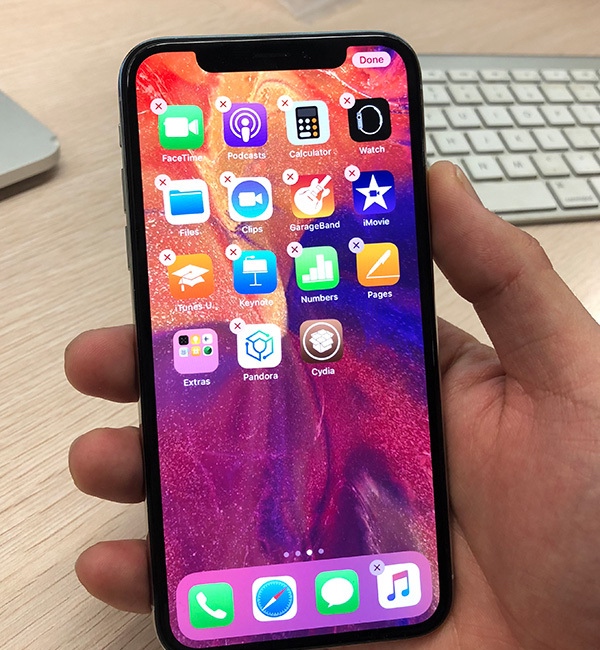 Apple Always Make Inhansment in their ios line with security updates and Make hard to jailbreak it. but Security researchers from Alibaba’s Pandora Lab claim to have created a new jailbreak compatible with Apple’s latest flagship: the iPhone X. Furthermore, it appears to work flawlessly with iOS 11.2.1, which Apple just released to the public this week.

As it would seem, Alibaba refers to the jailbreak as “Pandora Jaibreak” Unlike the recently-launched Houdini semi-jailbreak for iOS 10.x, Pandora installs Cydia on the Home screen, enabling the user to install third-party add-ons on the device.

Given that Alibaba’s Pandora jailbreak works on iOS 11.2-11.2.1, we can gather that it doesn’t utilize Ian Beer’s recently-publicized tfp0 exploit, which only works on iOS 11.0-11.1.2. It seems that Pandora instead uses security exploits found by Alibaba themselves, which they’ve purportedly already reported to Apple already.

Song Yang, the head researcher with Alibaba, confirmed that the Pandora jailbreak is only meant for security research and won’t get released to the public. As unfortunate as that is, this proof of concept illuminates how it’s still possible to jailbreak Apple’s latest operating system running on the company’s newest handset despite ongoing Fort Knox-like security measures.

For now, it looks as though the jailbreak community will need to continue waiting for a public tool. With a little luck, perhaps we’ll see another season of jailbreaking.

Will you jailbreak iOS 11 if a compatible jailbreak tool surfaces? Let us know in the comments section below.