When iPhone X made its debut last September, Apple made sure to implement new system-wide gestures in iOS 11 to mimic the versatility and a few key functions of the Home button, like getting back to your Home screen or invoking the app switcher.

This resulted in inconsistencies as existing devices with a Home button got stuck with the old way of doing this. With iOS 12, Apple has made further changes to bring a consistent user experience across devices in terms of multitasking gestures.

Here’s how to use them.

How to use iOS 12’s iPad multitasking gestures

Everyone knows that pressing the Home button takes you to the Home screen, wherever you happen to be in iOS. In preparing iPad for the notch and a future without the Home button, Appel took care to bring relevant gestures from iPhone X over to the tablet.

No matter the device, iOS 12 lets you multitask like a pro using consistent gestures:

Go back to the Home screen

To close the app you’re currently using and go back to the Home screen, swipe up from the bottom edge of the display until the app zooms out and you find yourself on the familiar Home screen.

Swipe up again to instantly jump to Home screen 0. 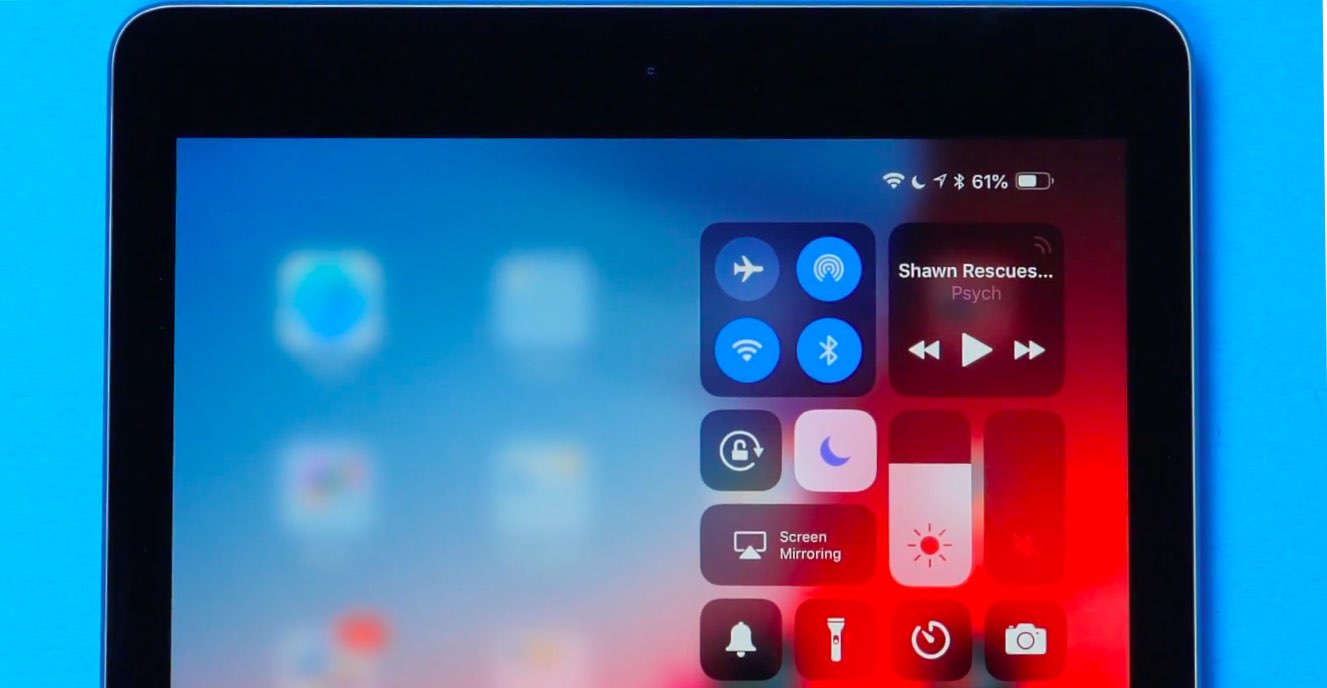 On iPad, iOS 12 no longer bundles Control Center into the app switcher

To show Control Center on your iPad with iOS 12 or newer, swipe down from the top-right corner of the display. To close Control Center, tap anywhere outside the overlay.

Bring up the Dock

A shorter, slower swipe brings up the Dock

To see the app switcher on iOS 11, you’d swipe up from the bottom edge of the screen with one finger. iOS 12 remaps this to the gesture we saw on iPhone X: swipe up, then pause.

As mentioned before, the iPad app switcher no longer includes the Control Center overlay. 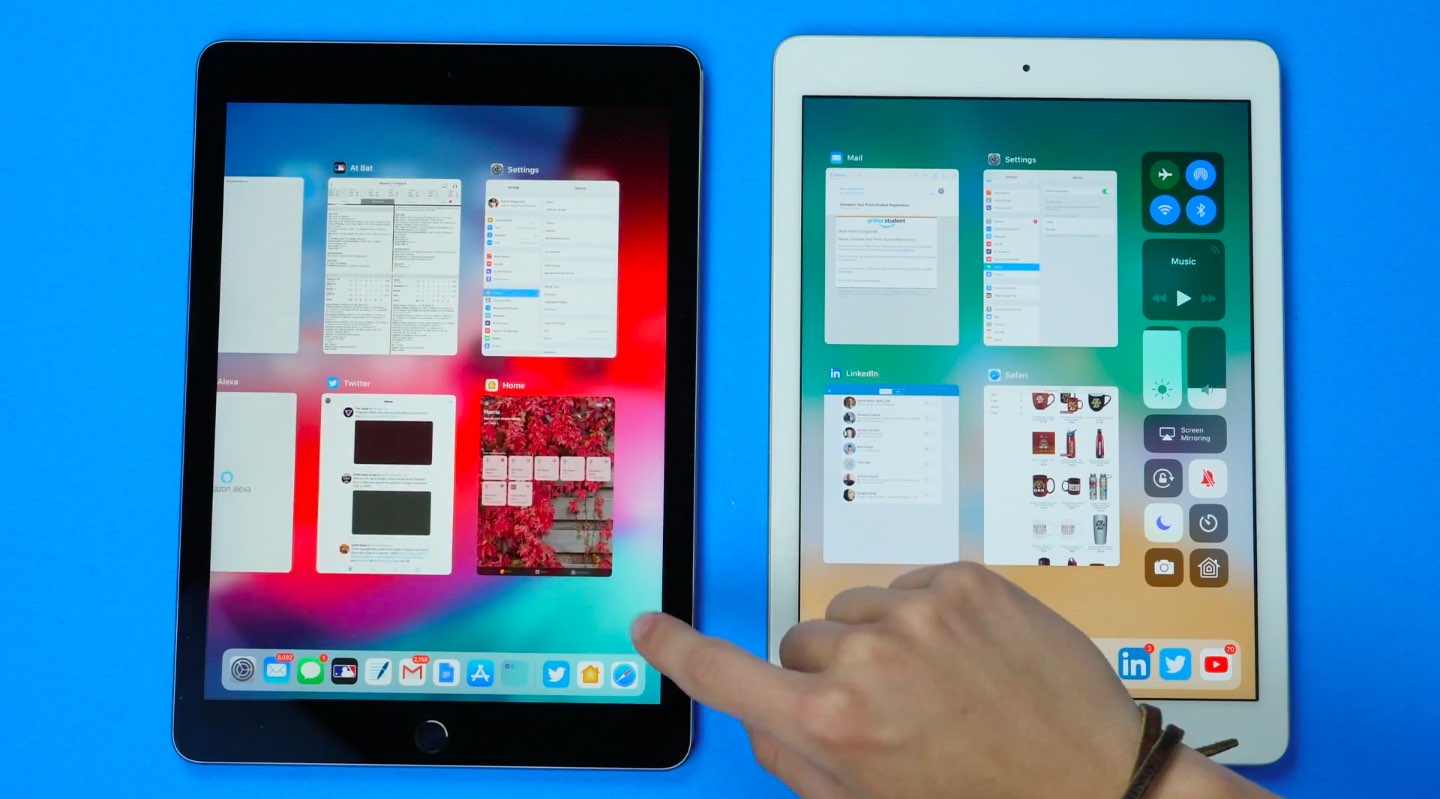 App switcher on iOS 11, at right, includes Control Center. iOS 12, at left, does not.